Replacement of aging infrastructure coupled with the rising adoption of smart grids is anticipated to fuel growth in electric power-distribution automation systems.

Replacement of aging infrastructure coupled with the rising adoption of smart grids is anticipated to fuel growth in electric power-distribution automation systems.

As per Grand View Research, the industrial application segment accounted for the largest market share in 2015 as depicted in the figure below. The increasing need for DA systems in the utilities, oil & gas, marine, and mining and minerals industries is anticipated to fuel market growth over the forecast period. Additionally, the need to replace aged transmission and distribution power infrastructure is encouraging utility providers across the Asia Pacific region to reinforce their power infrastructure.

The following are the major trends observed in the market:


Aging infrastructure is a key challenge that is anticipated to negatively impact the overall power industry. This has encouraged high investments for replacing or upgrading the existing infrastructure. Automation plays a key role in increasing the availability of distributed energy as well as the modernization of grid infrastructure. Furthermore, the issues arising due to aging infrastructure demand the use of an intelligent approach for infrastructure development to optimize energy generation and energy distribution.
Several countries are reluctant to maintain or upgrade their networks, owing to the high costs associated with electricity disruptions and the need for high investments. According to the U.S. Department of Energy (DoE), close to 70% of the transmission and distribution lines are more than 25 years old. Thus, aging infrastructure is cited to be a major hindrance to the constant power supply in the country. All of the aforementioned factors are expected to drive the adoption of automation systems.

Shown is the breakdown of Electric Power Distribution Automation Systems by application in 2015 in percentages. (Image source: Grand View Research)

The growing demand for alternative energy and the increasing cost of electricity generation have resulted in the transformation of the conventional electric grid to a smart grid. The market has witnessed an increasing number of smart grid initiatives. The U.S. witnessed a rise in investments, instigated by the federal government over the last few years. Furthermore, in China and India, smart grid installations are preferred for Greenfield applications. The below figure depicts the market estimates and forecasts of the Chinese power distribution automation market, as estimated by Grand View Research.

The enhanced efficiencies of the grids, in addition to advanced automation and control, are instigating investments in smart grids. Such investments help to increase the distributed energy resources, thereby driving the growth of the electric distribution automation market. 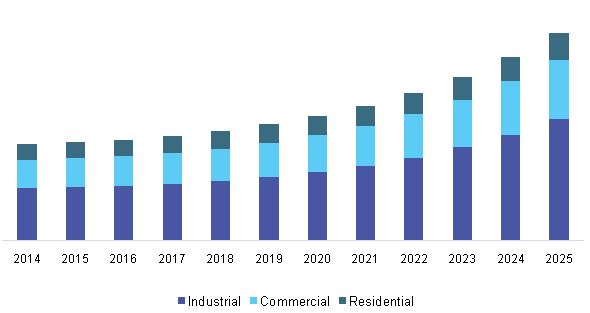 The global smart city market for 2014 to 2020 is shown by region (USD, in billions). (Image sour4. Growing Investments in Transmission & Distribution Infrastructure

3. Substation Automation to Benefit from Development of Smart Cities

The energy sector is a key area of focus in smart city initiatives. The demand for energy is increasing at a rapid pace across the globe. According to the U.S. Energy Information Administration (EIA), the world consumption of marketed energy is expected to increase by 48% and reach 815 quadrillion Btu in 2040 (from 549 quadrillion Btu). With such rising demand, most developing countries are expected to focus on smart energy management, power generation, distribution, and transmission.
As shown in the above figure, the global smart city market is expected to witness significant growth over the coming years. Because smart grids are efficient in transforming operations, countries across the globe are increasingly choosing to upgrade their infrastructure for implementing the smart city initiative. This is further propelling the adoption of automated distribution systems. 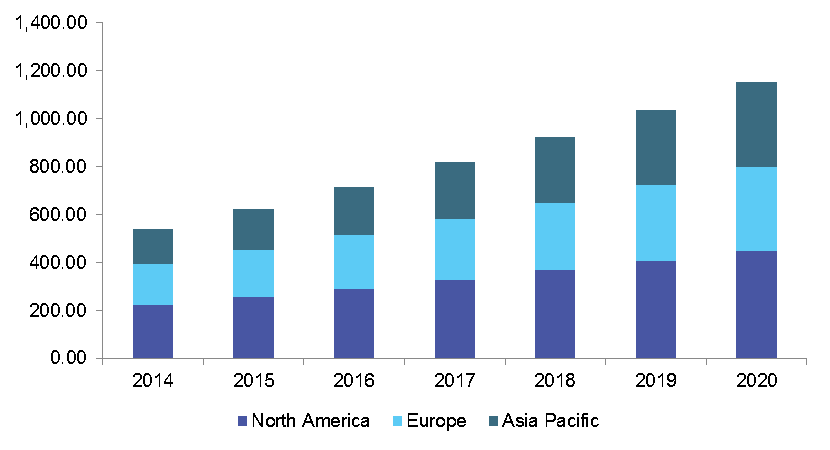 The global smart city market for 2014 to 2020 is shown by region (USD, in billions). (Image source: Grand View Research)

The increasing investments in the industrial and infrastructural developments in the Asia Pacific and North American regions are expected to fuel the demand for distribution automation systems over the forecast period. The mounting electricity demand has led to the development and expansion of power infrastructure, which further necessitates the installation of these systems.
The industry is witnessing high demand for the automation of substations to reduce operational costs and enhance grid security. Promising expansions in the transmission and distribution networks of countries like India, China, and the Philippines are anticipated to drive the demand for EPDAS. Additionally, the growing demand for power generation from renewable energy sources is creating several opportunities for the key industry players to expand their product portfolio of distribution systems. As a result, utility providers are anticipated to make considerable investments in order to upgrade, replace, and expand T&D infrastructure using automation solutions over the forecast period.


What the Future Holds

Currently, the electric power distribution automation system is gaining popularity and is anticipated to continue to do so to sustain ever-increasing energy needs. The need to collectively meet the demands of distributed generation, energy savings, electricity storage, and charging electric vehicles can be met using the real-time information offered by the grids. These factors are anticipated to propel the demand for electric power distribution automation systems.

【Back】
prev：Distributed Energy Is Disrupting the Power Industry: Is the ...